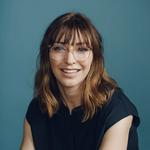 Updated 6 months ago by Sonja Schurig

How is Favorability Calculated?

Favorability is the percentage of employees that responded “favorable” to a question. This is based on a 5-point scale where 4 (‘Agree’) and 5 (‘Strongly Agree’) are considered “favorable.”

Why is Favorability better than average satisfaction?

WorkStep uses a favorability calculation because this number represents individuals and is easier to interpret than the average score of an entire company. For example, if you see a Favorability score of 60%, this means that 60% of the employees in the given region or role feel favorable about your company. Whereas an average score of 2.6 doesn’t provide a clear indication of how many employees feel positively about the organization.

How did we do?

(opens in a new tab)